Home » Litigation » You are reading »

Illness in divorce can present a problem. If you are going to get divorced in Thailand then one of those options is that your Thai wife is insane. You will need to know that if this is the current situation that is it going to be costly and take a while to complete. There is also the option within Thai law that you or your wife has an incurable and transmittable illness. There is however also those cases which do fall in between these being Alzheimer’s which will require a similar process to that of being insane but not exactly the same. 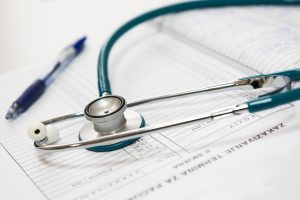 As stated before the process is costly and time consuming as it requires medical specialists and takes a while to complete. There would have to be an application to court and normally the courts will first look at granting a maintenance order to ensure that there is the cost of maintaining the household. This is a temporary order or interim order until the court has finalized both the application as well as the divorce. The order will be determined based on your income as well as hers but most times she would not be fit for work so your income will mainly be taken into account unless she has other income such as corporate dividends or investments.

The family lawyer in Thailand will be in the best position to decide the sequence which will be needed. Note also that should the courts find you wife to be insane the courts will appoint a guardian for her to ensure that her legal affairs are properly managed. Fore insanity you would need to prove that she has been insane for more than 3 consecutive years and that it is incurable. This is the first section on illness in divorce.

There is a provision for illness when it comes to divorce however this is for incurable communicable illness. One would consider this to be AIDS or Hepatitis. Alzheimer’s is an incurable illness and even though it is not communicable it leaves her in a similar position as someone who has a mental illness much as an insane person also cannot manage their own affairs. It is estimated that Thailand will have more than a million Alzheimer’s sufferers in the coming years. So this type of application may in the future become more common in Thailand when it comes to Alzheimer’s patients where one of the spouses wants to get divorced.

Note on both of these issues is that having someone declared an incompetent will be first decided before the divorce can be decided. It’s a two-step process to ensure that justice is serviced for the person who is insane or has Alzheimer’s.

This is a complex problem and it is advisable to speak to a divorce lawyer in Thailand before you start as illness in divorce can be costly.

https://www.thailand-divorceamerican.com/illness-in-divorce.htmlhttps://www.thailand-divorceamerican.com/wp-content/uploads/2019/10/medical-appointment-doctor-healthcare-40568-1024x683.jpeghttps://www.thailand-divorceamerican.com/wp-content/uploads/2019/10/medical-appointment-doctor-healthcare-40568-150x150.jpeg2019-10-04T07:28:55+00:00admin09Litigationdivorce,Divorce LitigationIllness in divorce can present a problem. If you are going to get divorced in Thailand then one of those options is that your Thai wife is insane. You will need to know that if this is the current situation that is it going to be costly and take...admin09 netbridgeasia@gmail.comAdministratorThai Divorce
divorce, Divorce Litigation 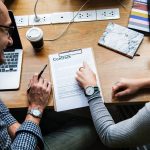 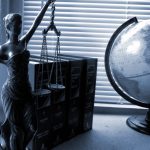 No Fault Divorce in Thailand 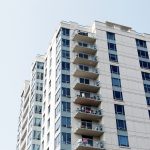 Divorce and Property in Thailand